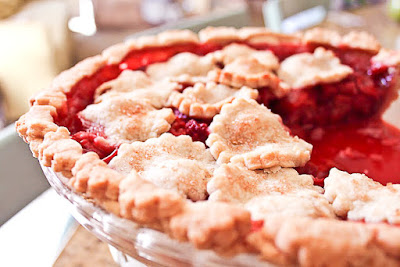 I love the bitter-sweet taste of rhubarb, especially when it's mixed with raspberries and strawberries.
De-lish.  This week, I'm going to can some fruit compote with these ingredients, but today, I'm making pie. If you are not a fan of rhubarb, you can substitute more strawberries (about 2 cups).

Roll out the dough for the crust bottom, and place it in the pie pan. Crimp the pie edges. Place the pie pan in the refrigerator.

Trim ends of rhubarb and discard. Slice each stalk of rhubarb lengthwise, and then cut each stalk into 1 inch pieces. Place the pieces in a large mixing bowl.

Quarter each of the strawberries and add them to the mixing bowl.

Add the sugars, cinnamon, salt, lemon and corn starch to the rhubarb mixture. Stir gently to combine the ingredients. Gently fold in the raspberries.

Remove the pie crust from the refrigerator and fill with the rhubarb mixture.

Roll out the dough for the top crust. Using a round biscuit cutter, or a flower shaped cookie cutter, cut shapes out of the dough and place them all over the pie filling to form the top crust. The shapes can overlap, but leave some space between them to act as steam vents.

With a pastry brush, lightly brush the top of the pie crust with milk. This produces a nice sheen on the baked crust.

Cover the edges of your pie with tin foil so they will cook evenly, and not burn.

Line a cookie sheet with foil and place it on the lowest rack in the oven to catch any drippings from the pie.

Place the pie on the center rack of the oven, and bake for 45 minutes, or until crust has browned.
Remove pie from oven. Let cool for at least an hour before cutting so that the juices will settle. It will taste best however, if you let the pie sit overnight.
Email Post
Labels: award winning pie recipes berry pie crystal b recipe blogs rhubarb pie strawberry pie recipes 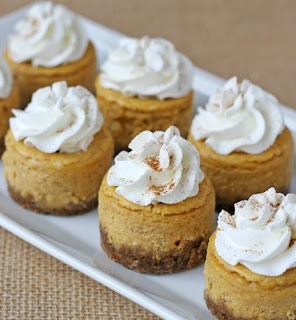 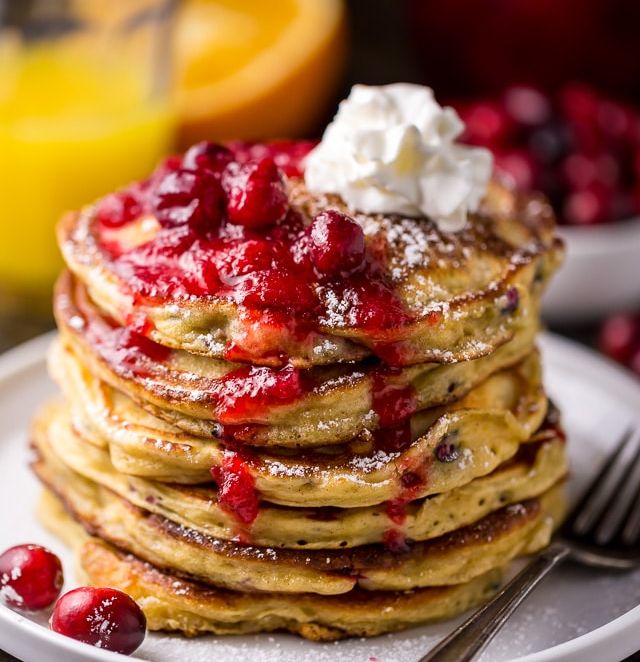 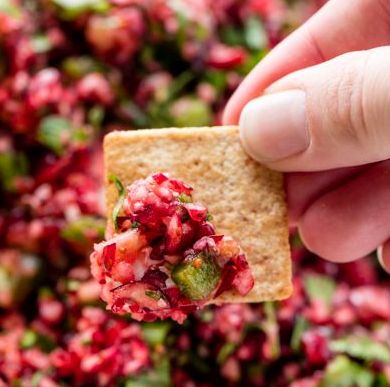 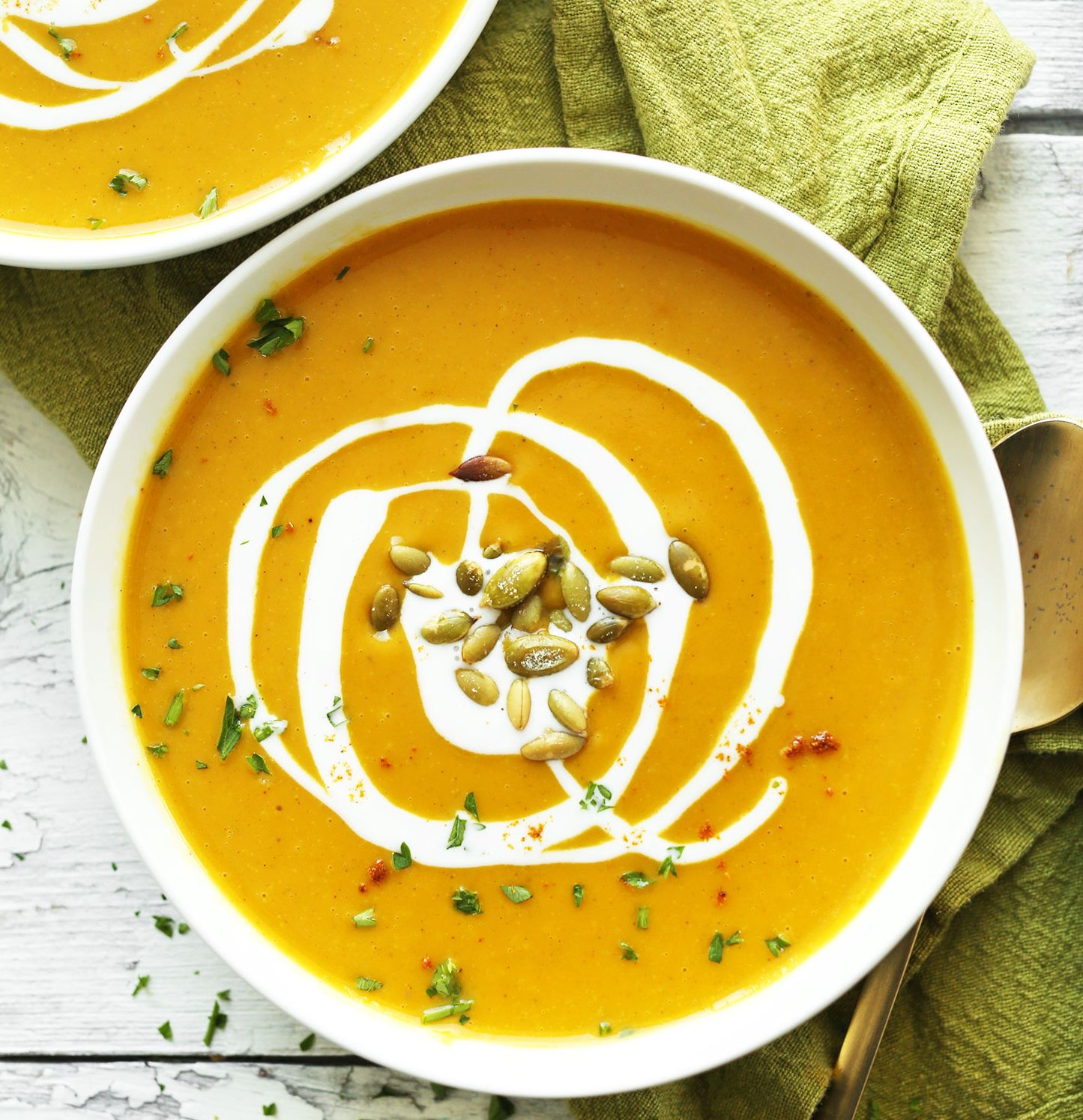 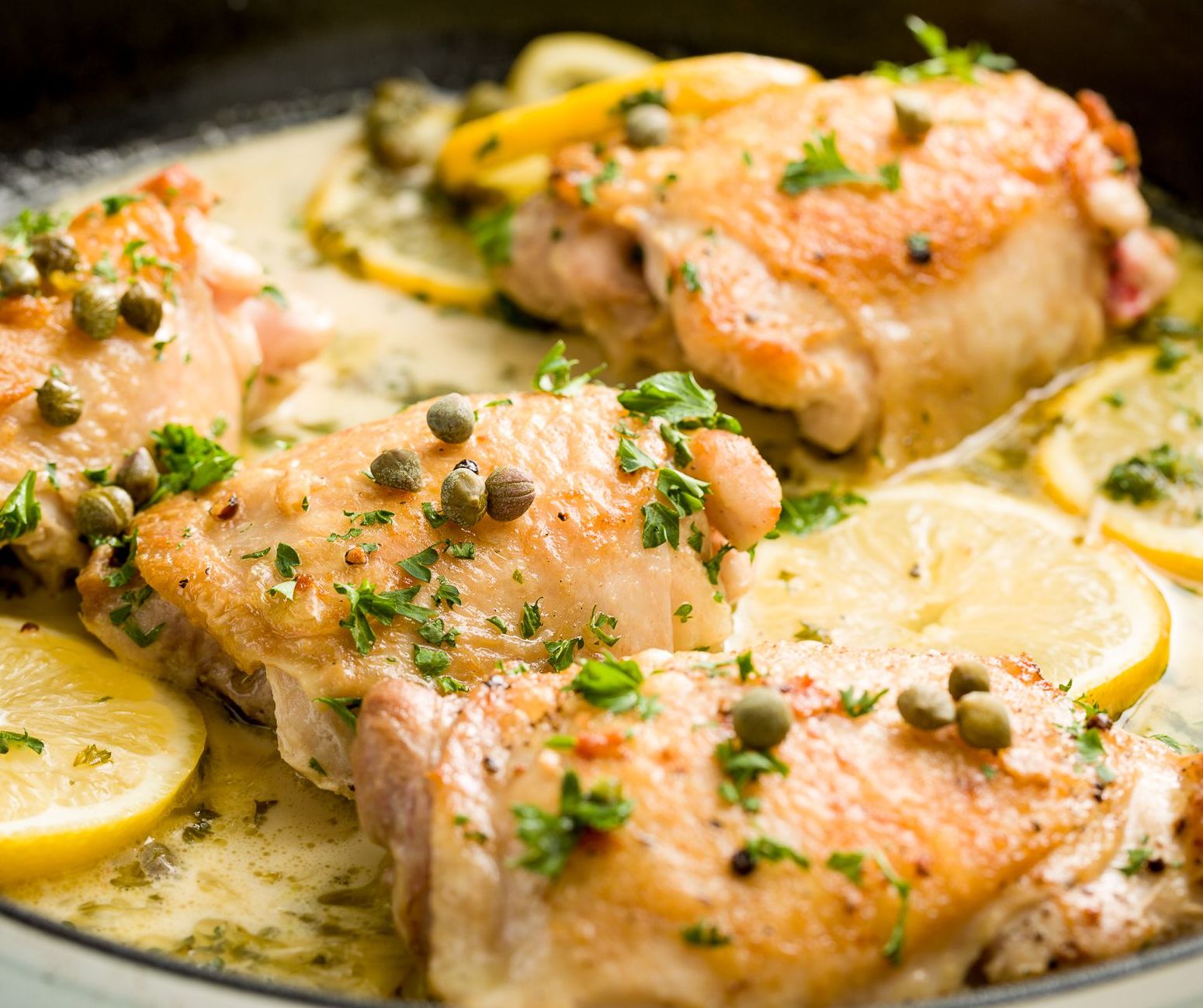 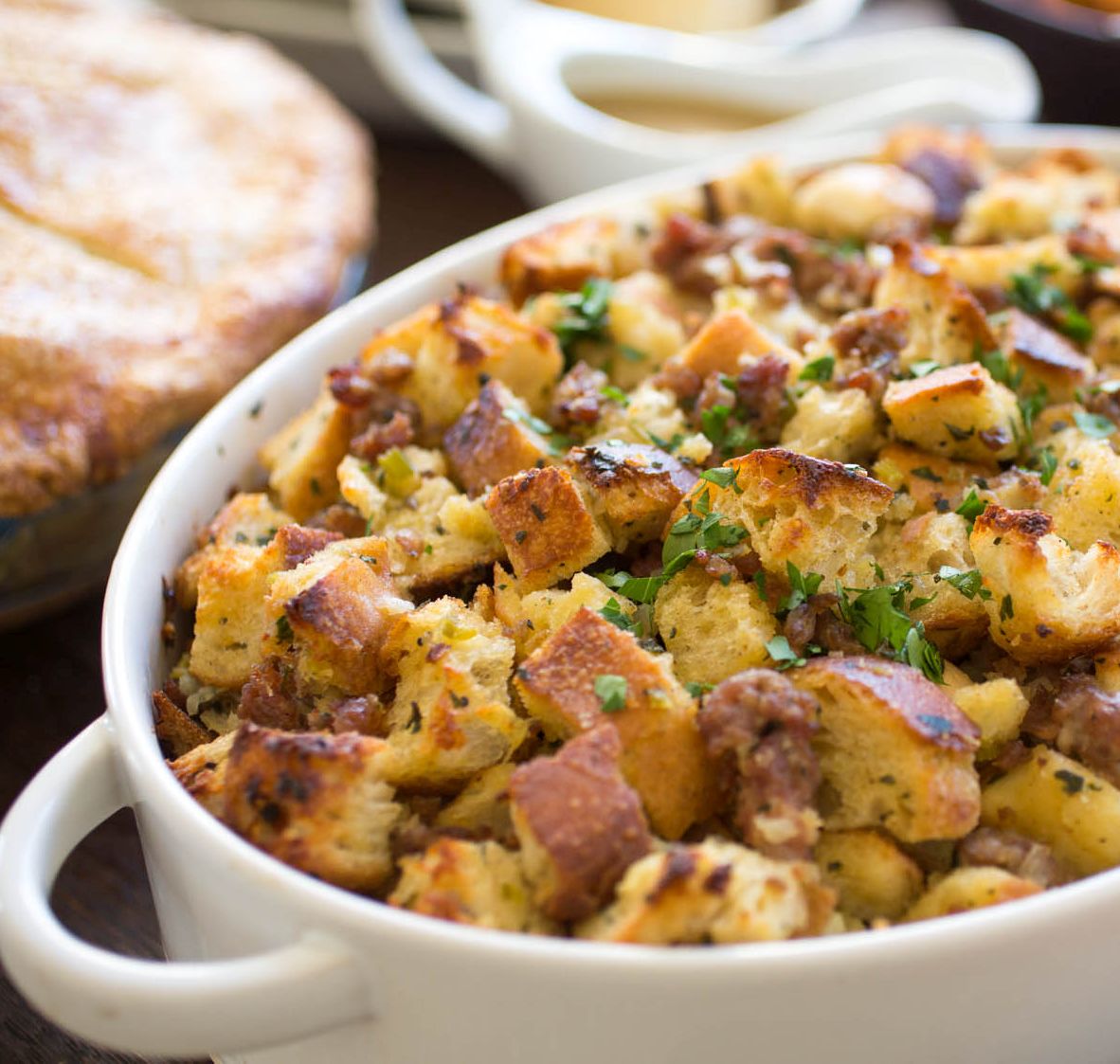 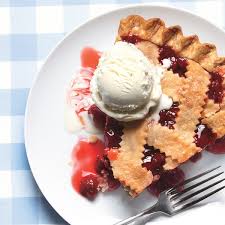 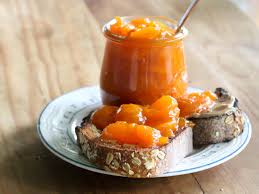 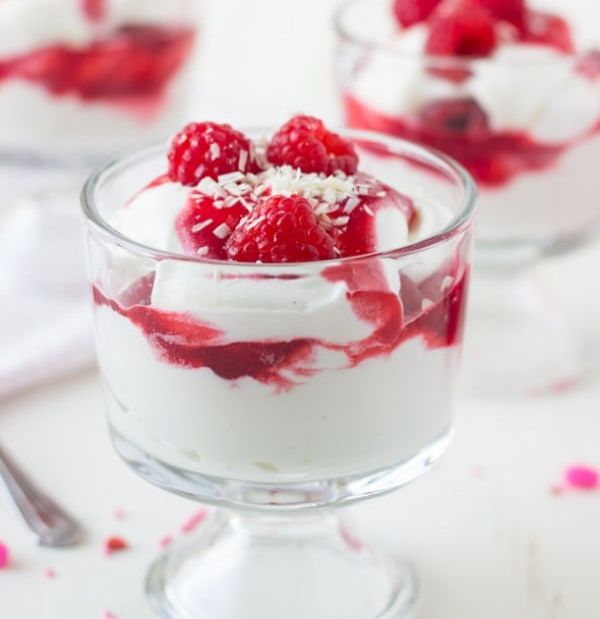 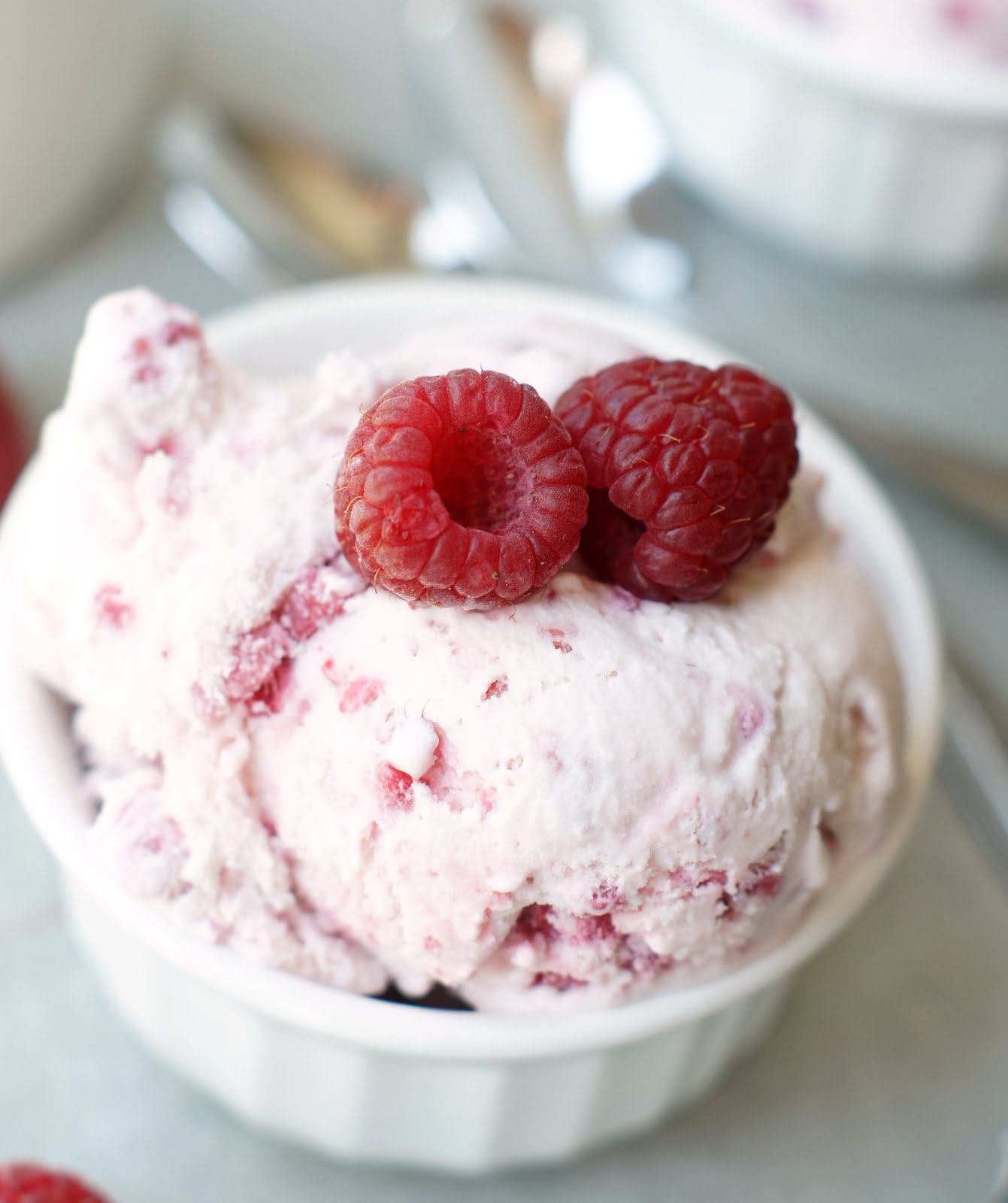